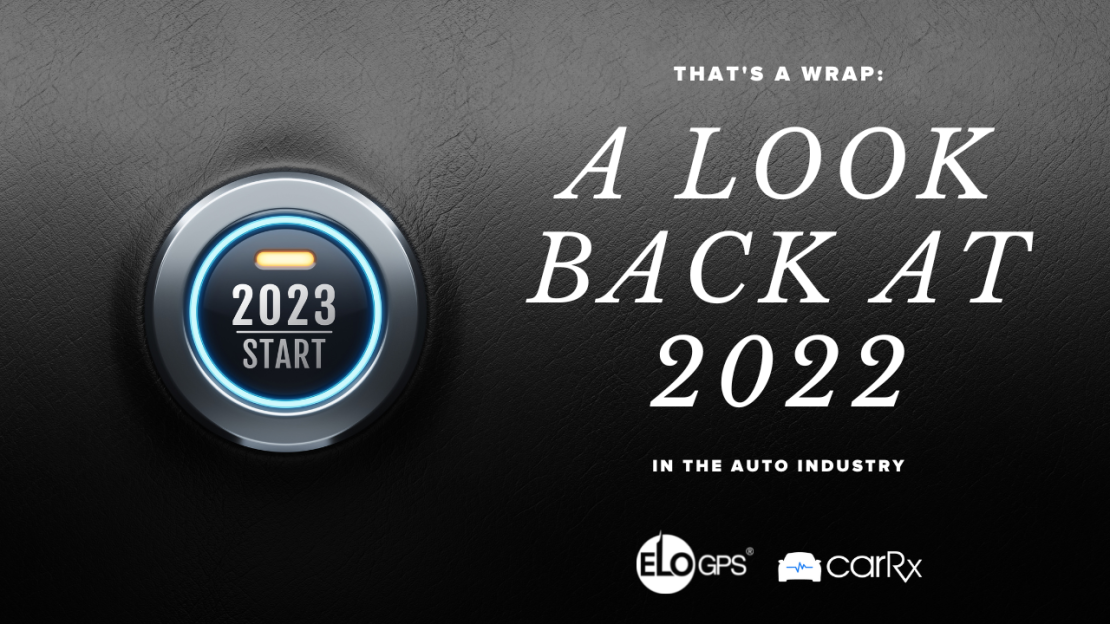 As we move into the new year, it’s time to look back at a few changes and challenges in the automotive industry that happened in 2022. This was a big year for new vehicles, autonomous driving, and electric vehicles. So, here’s a quick recap of some of the most important events and trends from the past year.

2022 was a big year for the automotive industry, with plenty of new developments and changes happening throughout the year

2022 was a massive year for the automotive industry, and there wasn’t a moment that went by without something new happening. From electric cars becoming increasingly more affordable to autonomous innovations accelerating quickly, and from greener materials used to produce vehicles to increased safety and driver assist features, so much changed during this year that it’s hard to keep track of all the progress made. It’s easy to forget where we were before these revolutionary changes began and how far we’ve come on such a short timeline. As the industry prepares for continued development and growth in the years ahead, 2022 will be remembered as one of the most impactful years that forever changed the automotive world.

1. One of the auto industry’s most significant changes in 2022 was finally seeing some inventory increases despite the continuing automotive supply chain and semiconductor problems

The 2020 pandemic and subsequent chip and supply chain shortages caused an upheaval that we’re slowly recovering from. And 2022 saw a gradual increase in inventories, although many vehicles went without standard safety and convenience features like keyless entry/start.

While the production of new cars isn’t quite back to what it was pre-pandemic, automakers like Ford, Volkswagen, Toyota, and others are making significant strides to improve production across their plants.

There’s still a way to go, and these semiconductor problems will likely stick around for some time. However, it’s still a good sign that inventories throughout the automotive industry may soon increase significantly.

The government and OEM interest in self-driving cars continued to generate attention throughout the year, with several companies vigorously testing their autonomous vehicle technology on public roads.

With more and more major auto brands getting involved and investing in the development of self-driving vehicles, it’s no surprise that this technology has garnered so much traction. But unfortunately, in the case of Tesla and some other prominent self-driving issues, not all of the news is positive.

As we come closer to fully automated cars being available for public use, will consumers be as excited as the government and manufacturers imagining a future where the freedom of driving and ‘chauffeuring’ oneself is a thing of the past?

3. Another big trend in 2022 was the drop in used car prices and the rapid rise in new car prices

2022 saw a dramatic shift in car prices, with the market for used cars taking a dive and costs for new models, especially those powered by electricity, reaching previously unknown heights. However, no matter how much OEMs tried, production costs for electric cars, especially those equipped with the most advanced technology, continued to skyrocket, pushing prices further out of reach of consumers seeking an economical solution. Through September of this year, even used EV prices had a 54.3 percent YoY increase.

And with EVs selling as expensive luxury cars, most consumers are out of the market. States and cities are also grappling with the possibility of EV charging putting even more strain on the already stressed electrical power grid.

This showcased our ever-growing need for combining technological advancements with more affordable vehicles as more drivers struggle to purchase a vehicle.

4. Lastly, we saw a rise in car thefts, especially with social media influencing theft, like the TikTok Kia Challenge

Car thefts have been rising recently, and social media has played a significant role in this increase. One of the most notable cases is the recent TikTok Kia Challenge which gained traction on multiple platforms. The disturbing trend of young people stealing cars for a thrill puts manufacturers’ anti-theft systems to the test as thieves discover new ways to outsmart them. This worrying development calls on automotive companies and dealers to stay ahead of would-be criminals by investing more heavily in security and vechicle recovery systems like Elo GPS if they hope to remain one step ahead.

It’s clear that the automotive industry is changing rapidly and facing new unknowns as we look ahead to 2023. Interest rates are rising, dealers may soon be battling OEMs for online car sales, and consumer confidence towards electric vehicles is different from what it has been in recent years.

But sometimes change can be a good thing! We may find manufacturers revising their production lines, switching from petrol to hybrid and electric vehicles, and creating more value for customers than ever. New technologies such as apps for navigation, reminders for services, upgrades through software, and hydrogen fuel cell vehicles are also expected to become more commonplace in the coming years.

Overall, 2022 was a slight move towards normality for the automotive industry – and this trend may continue into 2023. With so many new developments, it’s an exciting time to be involved in the industry and see how it will continue to adapt and evolve in the coming years.